When my oldest child started attending elementary school, my wife encouraged me to be a volunteer on the Foundation board and she would join PTA. Well, the next three years would be filled with triumph and misery!

At my first meeting, I was put in charge of taking down the minutes. I had never taken down minutes before so when I took down what had transpired, I actually wrote at what time of the evening they took place (Yes, I admitted that!). After that year alot of the members were leaving due to their children moving on to middle school and they needed to elect new officers. My wife said, don't let them elect you president...

I came home as vice-president.

That following year, the president elect never showed up to any of the meetings so, since I was "next in command", I had to hold the meetings. That soon turned into me becoming president. (memories of 'The Hudsucker Proxy' came to mind). But all was fine.

As president, I tried to give the organization some character, some presence. So I wrote newsletters: 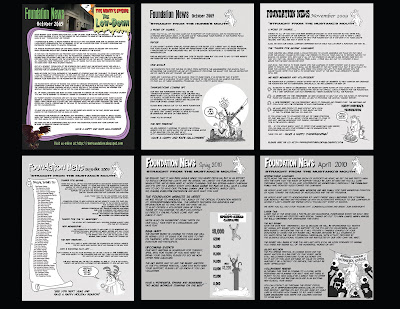 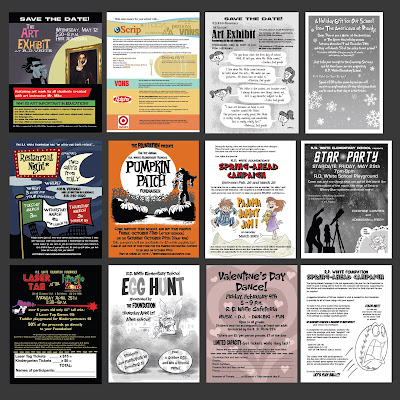 I even tried to "brand" the Foundation by designing a logo:

I would even come up with graphics for their Annual Campaign: 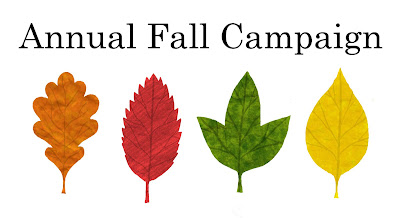 To make the meetings fun, I even made up the agendas: 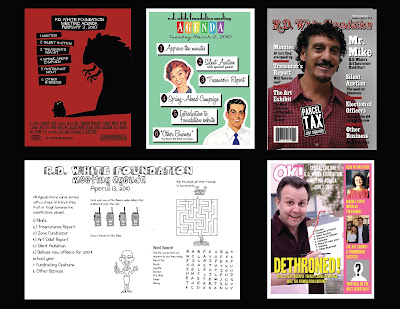 We started up an annual Pumpkin Patch fundraiser and I made the flyer and banner to put up at the event.

As part of the Pumpkin PAtch event, we held an art contest for which student(s) could decorate a blank pumpkin as being the "silliest" or the "scariest". Some of the entries were very clever! It really gave me a chance to see how creative kids can be. To share that with the parents, I made up posters to put up in the school lobby:


I even made "thermometers" to track how much we were raising:

We were the Mustangs so I thought it would be clever to have a thermometer in the theme of a horse race. Another fundraiser we had was a Spring Campaign in which if we raised a specified amount, the kids would have "Pajama Day' at school. SO I made this thermometer: 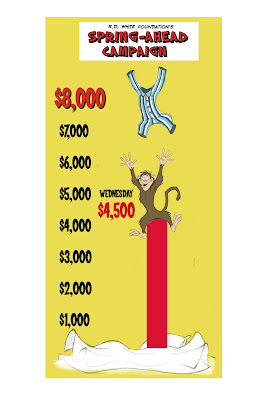 One Spring, as a promotion, we would raffle off Dodger tickets. So I made this thermometer: 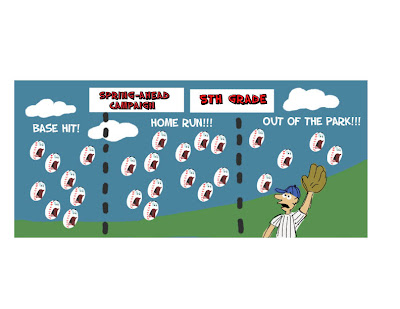 It wasn't all fun & games, though. One time I wanted to make sure the Secretary was recording a motion and I saw that instead, he was actually doodling on his ledger pad! I actually had to stop the meeting...to show him how to properly make a doodle-checkerboard! (I felt like "Dr. Evil" - - "Throw me a frickin' bone here, people!)

Word got out about my artistic abilities and I was soon asked to help design sets for the school plays:

(This one happened to be called "A Disney Spectacular") 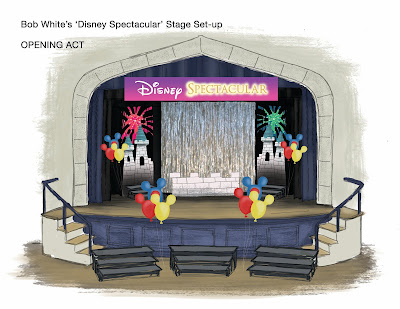 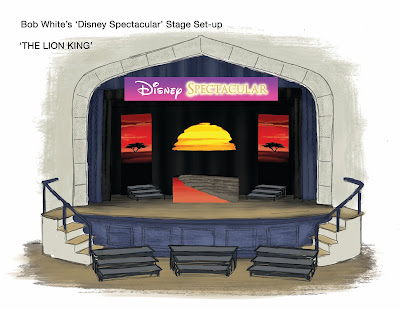 Also, I was asked to re-design the school T-shirt: 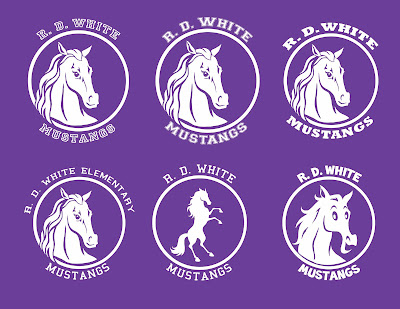 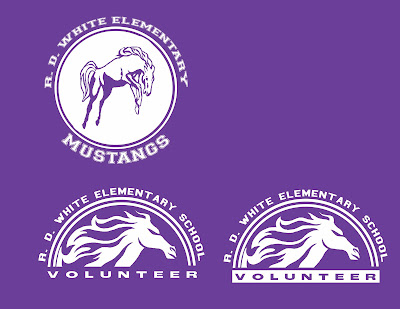 I was also asked to design graphics for the PTA and serve as Chairperson on the PTA Reflections committee. (The PTA Reflections program is the PTA's national "art contest". Every year they have a theme and last years theme was "Together We Can..." so I came up with promotional poster advertising the program: 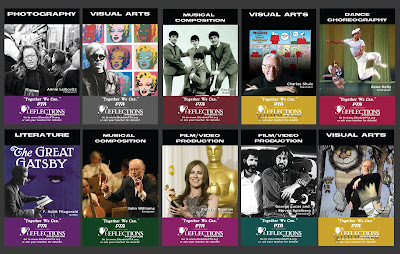 ...AND THEN...to top it all off, I designed websites for the school (click text link below to view):