"...but of course these stories have no basis in fact. They're merely tall tales that should be classed as fiction along with the myths of m-m-mermaids?!"

My friend wanted me to do some concept sketches of mermaids for a collectable figurine. I chose to do it in Freddie Moore's style: 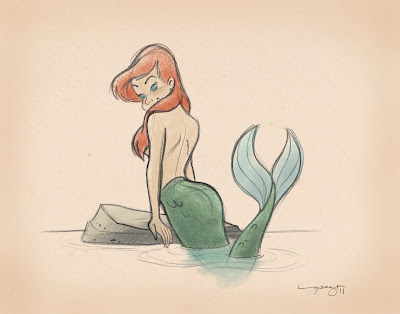 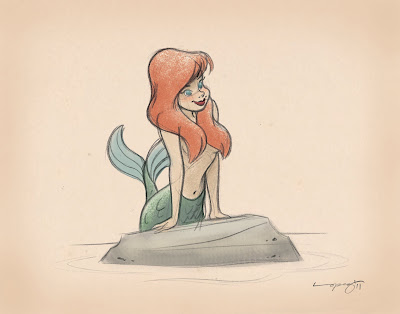 Here are some rough sketches for other ideas: 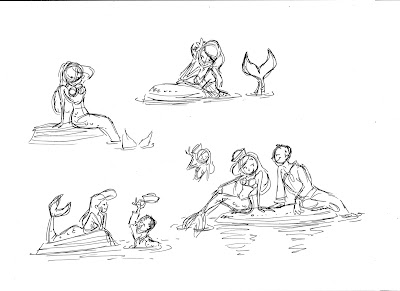 Every April 1st, at Disney, they hold an annual Caricature Show in which they invite everyone to participate by submitting caricatures of their workmates (or "victims" as they refer to them). It was started by 'Little Mermaid' and "Princess and the Frog' director, John Musker many, many yeas ago. John is a brilliant caricature artists and most of the show consists o his work but there are several others that do just as brilliant work.

I hear John works like a madman working night and day churning out caricatures the week before. A few days before the deadline, he'll send out an email to the "usual suspects" (meaning those who are known for doing caricatures - myself included) trying to get us to turn in a caricature. He's like Santa Claus: he's knows when you are sleeping and he knows when you're awake.

I've submitted a few over the years and at the time it seem like a good idea but about an hour before the show, I have my doubts. Funny thing is, you think that you might get some flack from the person you caricatured but actually, you get more of a "thank you". I've overheard people say they were disappointed that they weren't caricatured.


"Anyhoo"...one year I did a set of caricatures of Disney executives mocking teh Haunted Mansion stretching room portraits. Here they are: 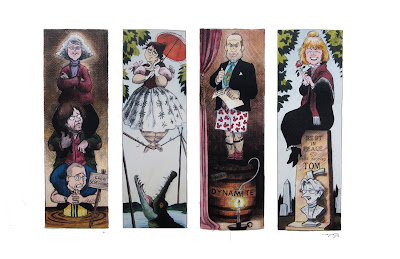 I actually made a reveal mat that you could pull down and reveal the portrait much like you'd experience in the attraction. Disney published a caricature SHow book and included these but they actually "squashed" the image so it would appear to fill both pages.

Another year, I did a caricature of the "Dr. Facilier" crew from 'Princess and the Frog'. Mostly it was a caricature of Supervising Animator Bruce Smith who likes Jack Davis' work so I decided to do it in Jack Davis style: 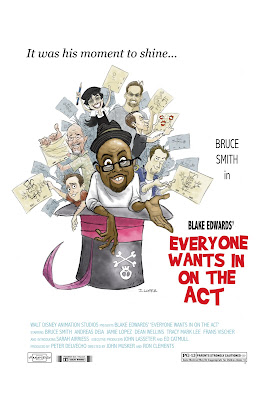 the story behind this was that everyone wanted to work on "Dr, Facilier". (clockwise from center: Bruce Smith, me, Frans Vischer, Sarah Airriess, Dean Wellins, Andreas Deja and Tracy Lee)

I also did this one which was a common scene in dailies... 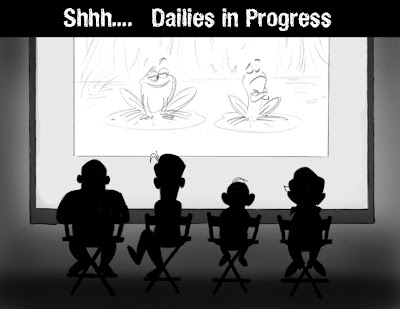 I made this one poking fun at the low-budget for PATF, the looming layoffs that would happen at the end of production and what we would all be wearing at the wrap party 6 months later... 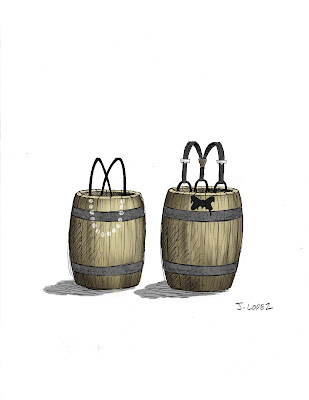 But besides Disney, I would also make caricatures for friends. This was for a friend who turned 50. I matted the caricature and had people sign the mat. 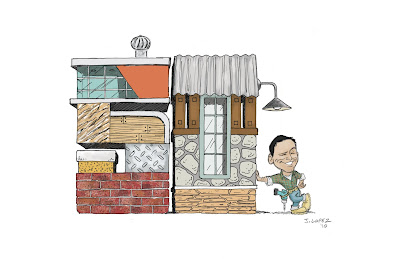 He was know for buying fixer-upper houses and remodeling and flipping them.

This one was of one of the members of the Foundation at my daughter's school. His kids moved on to middle school so as a going away present, I did a caricature/card and had people sign the mat. He was a really good "idea man" and his ideas were always full of resourcefulness (so I gave him an energy saving light bulb above his head): 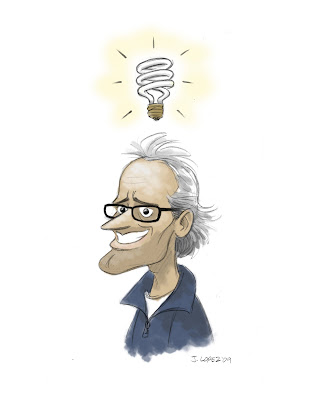 I did this one of my friend Mike who is now teaching art class at my daughters school (for some reason, I wanted to do it in a Al Hirschfeld style): 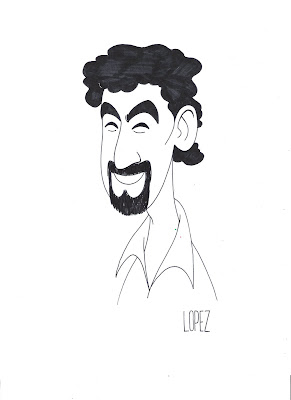