THE AMAZING SPIDER-MAN: THE BLACK CAT

Ever since Disney bought Marvel, I thought it would be cool for the animation dept. to do a Marvel project.

After working on the 'Time Jumper' project, I took a real liking to drawing in what I call "comic book style" and gained a new appreciation for graphic novel illustration.

Despite the studio's current interest, I was looking for a female character protagonist to center a story around and pitch. One that had..."appeal". My friend Javie suggested "The Black Cat".

I did some research and put this is a collage of images together that I found from various websites to use as reference: 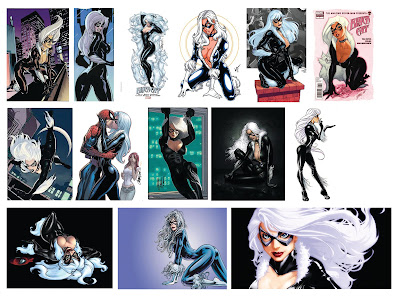 Here are my rough drawings: 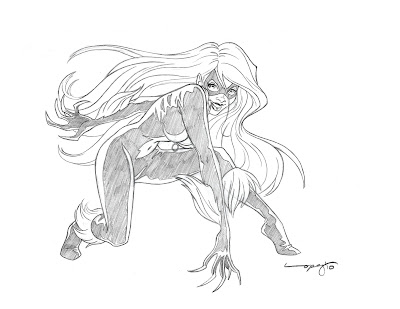 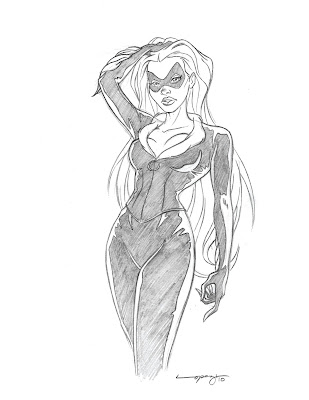 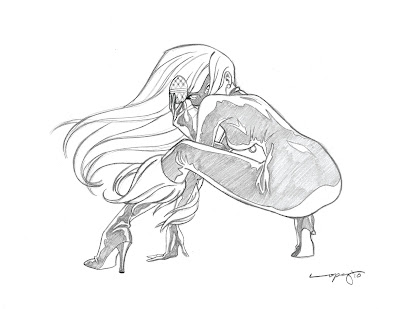 I don't have plans to pitch this but if they end up doing something like it, I'm ready!
Posted by James Lopez at 1/18/2011 3 comments:

Well, it turns out that my friend Bert's dad was the inventor of the Jelly Belly jelly bean...no lie!

After all these years, he decided to make a documentary about his dad and his story of how through a series of ill-fated decisions and corporate intimidation, he lost the rights to his invention under duress. It's the classic story of big corporations taking advantage of the little guy.

The film has been screened in film festivals, been broadcast on cable t.v. and is now on DVD and has had good reception with favorable reviews.

For the broadcast premeire, Bert asked me to do artwork to serve as material for the "bumpers" and those annoying advertisements that pop-up as you are trying to watch your show.

So, I did a caricature of his dad when he was younger and on the Mike Douglas show appearing as "The Gumdrop Kid" 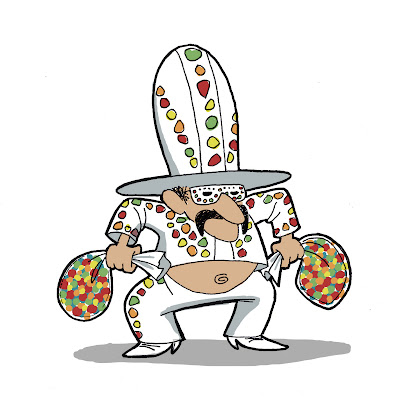 On the Mike Douglas show, Bert's dad would come out and do a funny dance so I screen grabbed the images from different shots, re-sized and cut them togetehr to look like this:

Because of legal reasons, unbeknownst to me at the time, they could use footage from the Mike Douglas show for advertisements so it basically was a waste.

Bert aslo wanted to do some animation of his dad being overtaken by a tidal wave of jeely beans. So I made a caricature of his dad, again but this time in a Rankin-Bass/Paul Coker Jr.-style (don't know if they used it or not):

I also did a poster design based upon a sketch that Bert did that was inspired by artist Saul Bass. 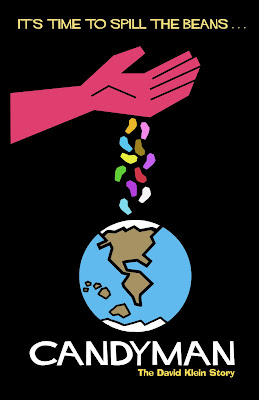 I was asked to come up with an idea the DVD cover, so I came up with this concept of Bert's dad "up to his eyeballs" in jelly beans and did this quick mock-up by doing a quick screen grab of Bert's dad off of a burned DVD copy of the movie and a low-res stock photo of jelly beans: 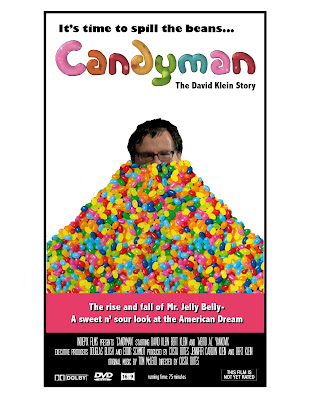 Everyone loved it...for about 5 minutes...until the director Costa Botes saw it and thought this was the final. Of course, it wasn't intended to be but yet that didn't stop him from coming up with his own ideas.

I also did a peice where Bert's dad had "candy on the brain". They did, however, use this and someone at the cable station actually animated the candies swirling around in his head.: 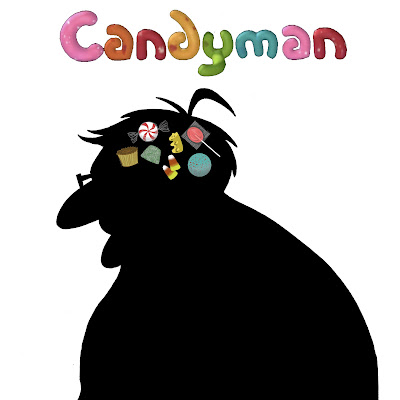 Anyways, its a good documentary. If you have a chance, its worth checking out. You'll never look at Jelly Belly's the same way again.

Bert's dad is a character! On his birthday, every year, he rents an ice-cream truck and drives around and gives away free ice-cream.

or on the official film website, candymanfilm.com.
Posted by James Lopez at 1/12/2011 2 comments: