Every year, we make our own Christmas cards. We try to summarize the past year in one single image. My wife comes up with the ideas and I draw them up then I pass them in front of her in a vendor/client relationship. I get revisions (usually on how I draw my wife and her hair) and have to turn them around quickly. Don't ask me how but somehow we mange to come up with a concept, write a letter get them out before Christmas.

Also, every year that I see a CG film (in 3D) doing really well at the box, I have to wonder if anyone appreciates anything that's hand-drawn or crafted anymore. I keep thinking to model my family in the computer and do a lifeless CG Christmas card (and include 3d glasses) but our friends say how much they love our cards and the hand-drawn aspect of it and it gives me hope to carry on.

1996- It was the year my wife (then girlfriend) and I first met and we got a dog. This was before Photoshop. I would draw it in pencil, xerox it, color it in Prismacolor markers, color copy it (at work), cut it out and slip it into a photo greeting card. 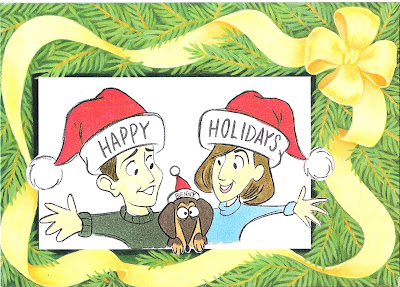 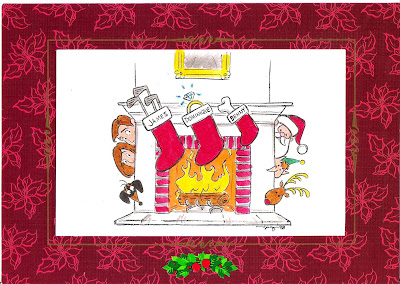 We skipped 1999...we were married earlier that year (I guess we were "honeymooning")...

2000- It was the year of the election between Bush and Gore in which there had a to be a recount because of Florida's faulty voting process and the "hanging chad" on the ballots. (It was Christmas and we still didn't know who was going to be president...or at least the Democrats didn't). 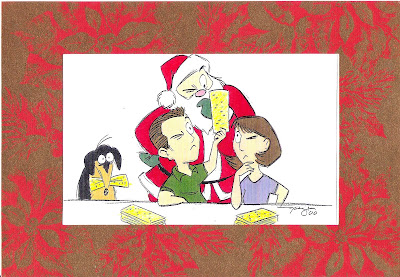 2002- Our first child was born and all we could worry about was making sure the baby stayed sleep! (Note: our jealous dog) 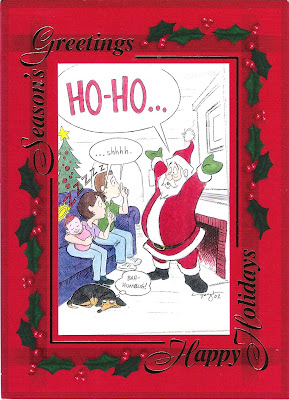 2003- Our daughter was almott one and she was saying her first words. We also had to put our dog to sleep (due to a broken back) earlier that year on Halloween of all days! 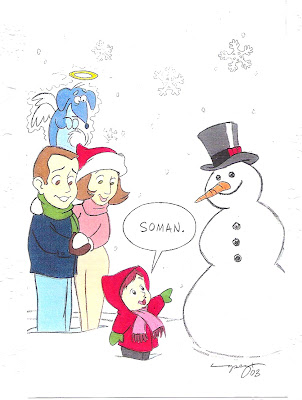 2004-Our daughter was 2 years old and talking in full sentences. (The situation depicted actually happened!) 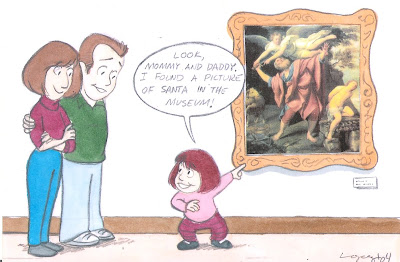 2005-My wife was pregnant with our second child. 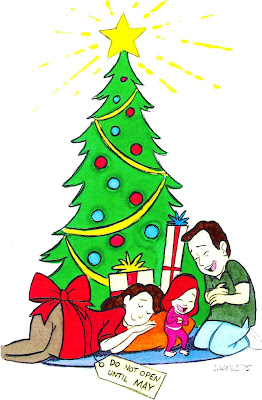 2006- I wanted a dog, my wife wanted a night out, my oldest wanted a bike, and all my youngest wanted for Christmas was her "two front teeth"! 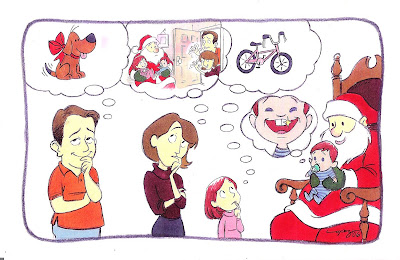 2007-The girls were really into ballet and I was making an editorial comment on technology vs. traditional methods. 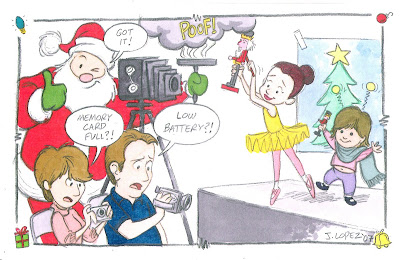 2008-Despite that, I discovered Photoshop! No more second generation copies for our cards-adjusting color copy settings, etc. I could print directly from an image file. My youngest (age 2) was also talking full sentences. 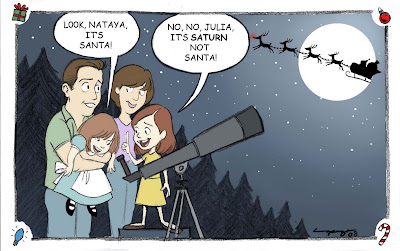 2009-Disney's 'The Princess and the Frog' just came out and my oldest was reading at an advanced level. 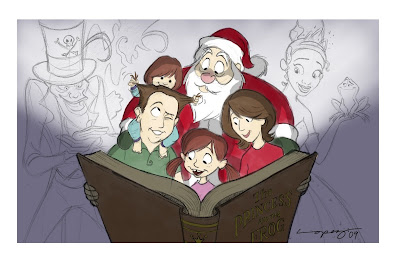 2010- Our kids were flower girls in my sister's wedding. My wife and I turned 40 and everything's going A-okay! 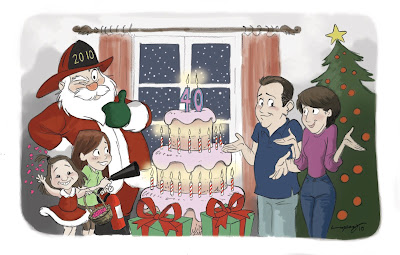