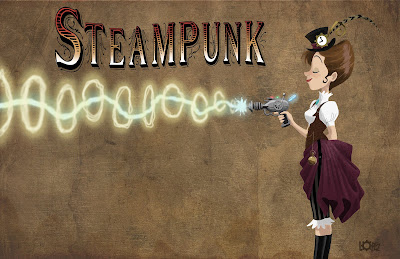 Back in February of 2011, I felt a strong personal charge to make some kind of effort to preserve the American art-form

I was in my kitchen having breakfast with my wife and I asked her opinion, "What would be a good project to do?". It was then that she remembered last Halloween in which we happened to encounter a performance troupe that called themselves the League of S.T.E.A.M. They were a group of talented people who love Steampunk and who make their own costumes and props and who even made their own short-films and post them online. My wife described how "enchanted" she felt to be in their presence and I felt, if that same enchanted feeling could be captured in an animated film, that would be the ticket! 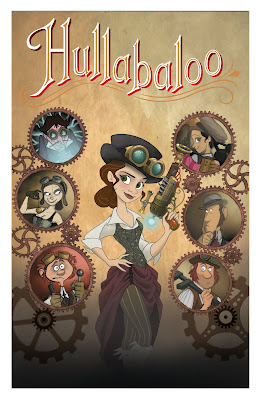 I started designing characters and showed them to a few people and the response was overwhelmingly positive!

The next logical step was to come up with a full story however, someone suggested that I just start animating. So, I did. I did a single test that left the character in peril falling over the railing of an airship without a parachute. I figured, I can't show that to people and just leave it at that, I need another shot for closure. That's when I came up with a second character (with a retractable wing jet-pack) to save the other. Then I added more shots to answer the question as to why are they are on the airship together? Are they there to defeat a villain? what if they discovered how to make the combustion engine and that knowledge fell into the wrong hands?,etc.

I shared what I was doing and people and they enthusiastically volunteered to help, mostly due to their affinitive love for the Steampunk genre.


For this short-film, I did all my own storyboarding, layout, animation, Clean-up, Backgrounds color models and ink & paint.
Before I knew it, I had this short-film project that was truly a Labor of Love.

Here's some screen captures from my film: 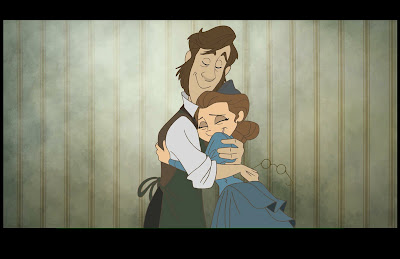 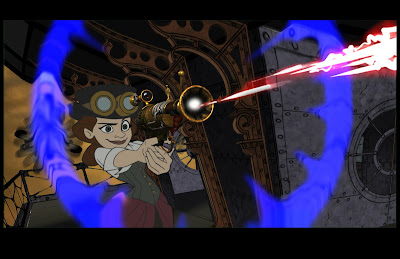 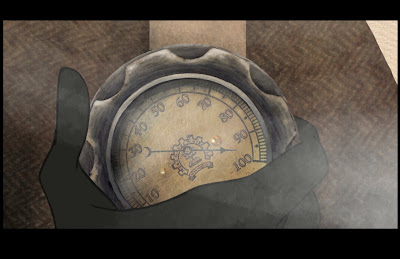 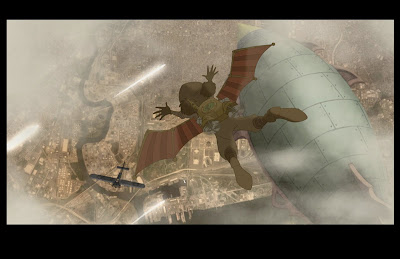 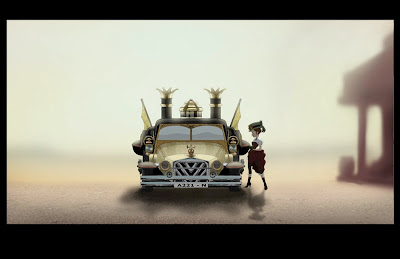 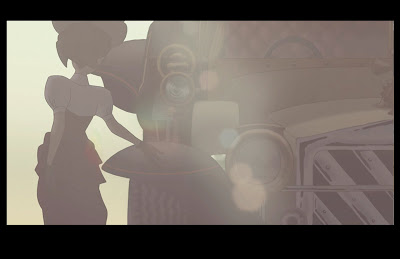 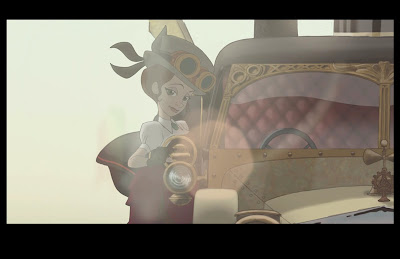 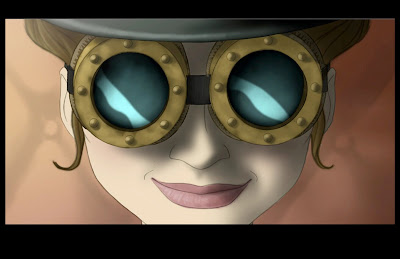 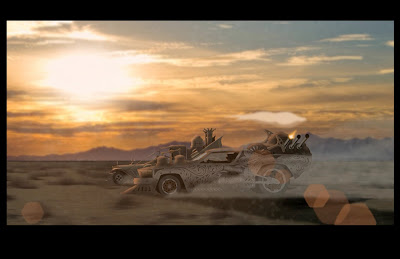 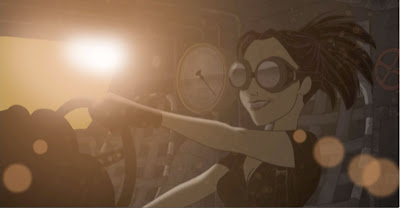 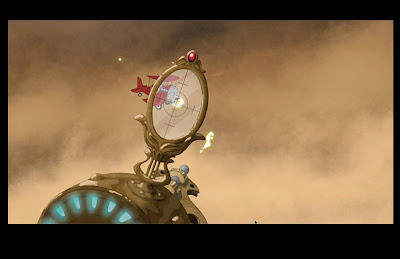 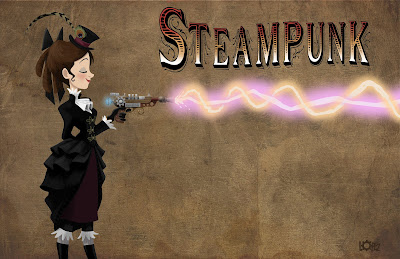 I love your style

mayageneralist said...
This comment has been removed by the author.
2:18 PM

Are you bringing this to full release?

Hi,
1. WOW
2. I want prints. I have money, see the sale ability here.
3. I wish you could do this as more than just a short, but I suppose that is script, life, and profit dependent.

This is absolutely amazing! Thank you for sharing it. If you really wanted to take it to Production, and can't get it approved somewhere else, I bet you could get it funded through Kickstarter.com.

is there anywhere we can see the short?

I love the Nightmare Before Christmas bi plane! It's so cute!

Luke said...
This comment has been removed by the author.
7:50 PM

Looks like the latest information on this project is on the Facebook site. Seems it's still in the works!

I really hopes this comes together. It looks wonderful. I'm excited to see more of it. People have had a sort of steampunk feel to their stuff before, but I've never seen anyone go all out. I love the feel to the clips I've seen already. This rocks!

When can we expect to see this awesomeness???
So excited, I cant wait

Holly cow! I love it! I can't wait to see the final product. 2D is not dying, it's slowly but surely recovering!

So here's where this Hulaballoo project came from ! Bravo, congratulations my dear fellow.